They'll Put the Kibosh on You 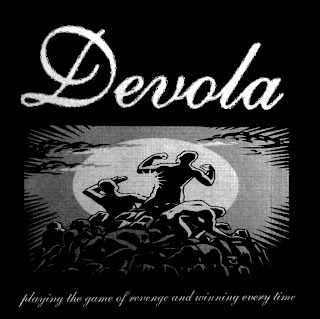 I've been too stressed and busy to post much lately, so for a while I'll stick to mostly 7"s . In between these you find some reviews of bands I've come to know and love since starting this blog who have just released some incredible new records; some of these downloads will be limited time only, so check in now and then. Today's featured band is from the good ol' nineties and is ideal for the stressed and pressed for time. Devola have a lot to say, but mince few words. They have a lot of songs, but waste little of your digital space. The CD and 7" linked below will run through you like a bad 25 minute bout with dysentery, and leave you nice and cleansed, if not a little exhausted. The 625 label on the 7" should give you a further idea of the speeds we're dealing with, but there's evidence that this band doesn't take itself quite as seriously as others in the PV crew (note the Cookie Monster-with-groin-injury vocals). The CD finds the band exploring more modern hardcore territory, but rest assured that there are still blast-beats aplenty, and that this development only made the band rock harder. 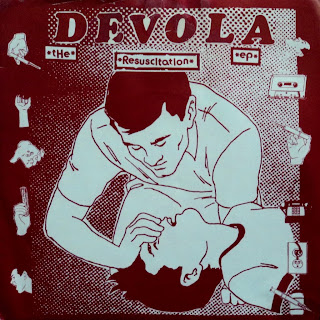 I hope to one day have the Devola/Murdock split to post, butI'm not there yet.
Posted by Batguano at 4:45 PM