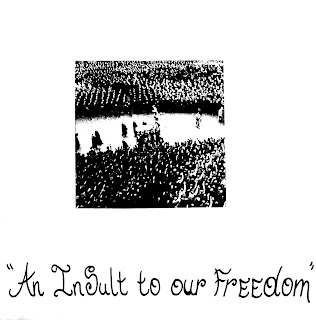 This French series is hereby bookended with this post of odds and ends held loosely together by hardcore innovators, Ivich, and the force that was their music. The first link you see below is for a compilation, and what a monstrosity it is! I won't lie to you; much of "An Insult to Our Freedom" sounds like ass. Between the low volume and the bad demo/live quality of many of the tracks, digital sound files are the way to go on this one (skipping around being so much easier). As with all comps, it is only as worthy as the line-up, and with bands like Disaffect, Unhinged, Disrupt, Agathocles, Battle of Disarm, Active Minds, and a slew of others, you can probably guess why I'm posting it. Ivich contribute a raw and loose rendition of "Si J' Etais Libre," which would later be re-recorded for their split with E-150. 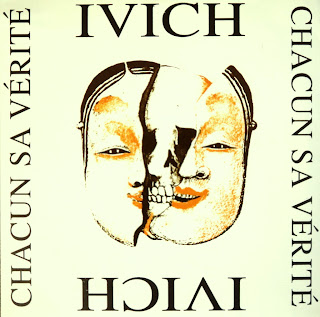 In the other link, you'll find three little gems, not least of which is Ivich's only 7". The always fabulous Fab sent me these tracks a while back, but I decided to rip my copy which I hunted down recently. As an early offering, the band is a bit less melancholic, but the raw emotion that would come to fruition on their LP glimmers noticeably below the surface. 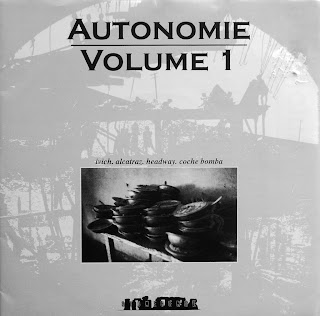 The "Autonomie Volume 1" comp. makes me wish more comps were like it. With only four bands and four tracks, there's no room for turds or boredom. Ivich once again bring us an early version, this time of "Les Voix du Silence" from their 10". Alcatraz is arguably the weakest band, but their meandering and plodding screamo is interesting enough, especially with the random trumpet flurries (something I would expect from Ivich, actually). Headway and Coche Bomba finish it off, the first with a slow take on the Bremen style, and the last with their characteristic Larm-influenced grind attack. A little variety never hurts. 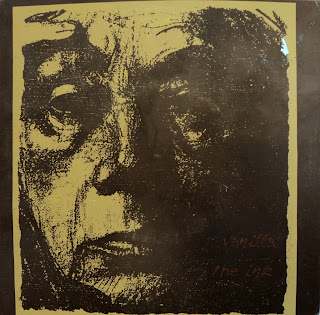 Finally, and for the hell of it, I'm tacking on this Vanilla/El Vidal Sonido split 7". As some of you know, some Ivich personnel formed Vanilla, and if you've heard the Ivich 10" and early Vanilla recordings, the confluence is easy to recognize. "The Ink" is a mid-period track, not fast like the early material-- not as indie rock as the later stuff. It is anguished and atmospheric, so if that's your mood, Vanilla deliver. El Vidal Sonido is a different animal, and a mysterious one. Reading the insert I got the impression that they were a little pretentious, but the goods are delivered in the form of some very well done indie rock instrumentalism, so I forgive the posturing. Atmosphere is the key word again with these guys, the gloomy kind, so maybe they aren't so different from Vanilla after all.

All Ivich Records:
Here and here... "Insult to Our Freedom..." here

"An Insult to Our Freedom" Comp LP

I dont remember the insult to our freedon lp, but disaffect were on so many. Will give it a listen. cheers joefear

That's awesome. Thanks for the Ivich stuff and for all the rest. Great to know that you are back posting this amazing stuff, even if I never left any comments... Sorry...

Thanks a bunch. Can't download right now, but will surely get to it.

Thanks a lot everyone!

Happy Holidays to you too Mikxxx!

Joefear, yeah, "Storm Coming" is not exactly a rarity, but it is a personal favorite. Hopefully you found some other historical curiosities on the LP.

exdagoitulerarik- it's never too late to comment. Thanks for that and I'll try to post more frequently. Feel free to make requests.

Ha! Now it's your turn to preempt my post! Was gonna throw up the "Insult to Our Freedom" Comp. this week. Too funny. Great post, bro.

Uncanny! I can see this becoming a pattern, and that's really not a bad thing. Thanks for all you do, Mike.

This is a great article thanks for sharing this informative information. I wished I could read more, but i have to go back to work now. But I'll be back.