A Cold Gust of Wind 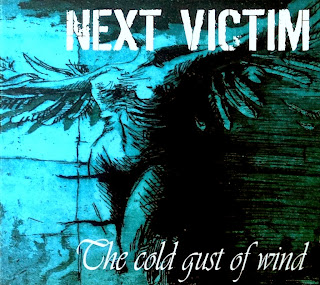 A little bitterness to offset life's sweetness is one thing, but then there's the need now and then to prepare for those inevitable bouts of despair-- stare down the barrel of a gun, glance over the edge of a precipice, or just listen to some metallic Polish hardcore.  Bands from that country have an intimidating tradition of flirting with utter bleakness; favorites of mine would be Lost, Silence, and Insuiciety (I know, technically based in Germany, but still comprised of Polish personnel).  Next Victim became an instant entry to the list with the outstanding From the Depths split LP, which I still regard as one of the best splits I've run across in quite some time.  On this one, Next Victim break up their doomy, hypnotic riffs and rhythms with more buoyant, almost groove laden picking, and one very haunting, melodic interlude.  Although confined to only a small section of wax, their three songs still succeed in capturing the expansive, epic quality of their approach.  But it's on their CD, "The Cold Gust of Wind," that the band was able to fully unroll the intricately realized map of pure hopelessness in sonic form.  The whole disk flutters in circles like our own stomach butterflies as we peer over the beams of a bridge that could be our last stop in life.  The frequent use of space in the songwriting offers moments of clarity, which are then abruptly suffocated by heavy chords and anguished screams. Then, occasionally, our buckled and hunched figure is raised up by Gosia's robust vocal melodies and some truly enervating guitar riffage.  Rarely before has a band succeeded in making the abyss so alluring.

I'm going to offer both records for download, but I hope you'll at least try to find the split or send the label or bands some money.  The split tracks are my own vinyl rips, by the way.  And, if you haven't heard From the Depths before, they are another incredible band, dark and powerful, with almost operatically sung lead vocals (they are also a Crimethinc joint, if that matters to you).  Finally, if Next Victim appeals to you, certainly check into Mind Pollution, a band which not only has NV members, but sounds rather similar too.  They offered much of the darkness and songwriting idiosyncrasies, while kicking up the speed at times and working in more dissonant chords, a la Silence. 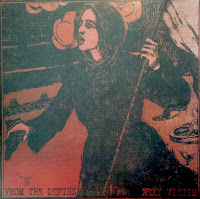 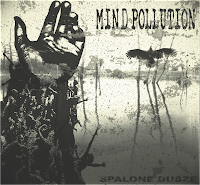 Hey,
just wanted to thank you for all the great releases you post, i just took time to look your blogspot from the beginning and i discovered some great stuff, and it reminded me of some records also.
Keep going, one of the best blog, always quality.
I'd have a request, i'm looking for the comp "making children's songs a threat again", very interesting comp with bands containig punk parents, and some texts about it in the booklet. And exclusive tracks from Karst, The Dagda, Zegota, Stracony, Gride, ...

Hey there! Thanks for the little push... I really needed that.

That comp sounds amazing. I will get it and post it as soon as possible. If there's anything else you need re-upped or posted, you know what to do.

My Name is Herbert Lisa from USA, I want to say thank you to Dr Ogbeifun for the good thing he has done for me,Though am not sure if this is the best forum to show my joy and happiness for what he has done for me but i can't hide my happiness and my Joy so i have to share it with people, my marriage got crashed about two years ago and i tried all i could within my power but to no avail. i saw post and testimonies about the good things Dr Ogbeifun has been doing so i decided to give it a try. though he is always a busy man but when he responded back to my email, he gave me 48 hours for my marriage to be restored really just like he said my marriage was restored since then I am happy and i am living happily i am so grateful to Dr Ogbeifun you can always email him here if you want to restored your marriage: ogbefunhearlingtemple@gmail.com website https://ogbefunhearlingtem.wixsite.com/spell or add him on whatsapp +2348102574680

hello everyone, I am Thomas Gift. I want to use this medium to appreciate Dr Ogbeifun the great black magic death spells caster for the successful death spells he cast on someone for me. I contacted him when my husband left me for another woman who uses witchcraft power to take my husband. I was desperately in need of help when I found his contacts online about his genuine powers. I told him my situation and how I wanted the bitch who took my husband gone. He told me not to worry. He cast the death spells ritual on her and the bitch died in her sleep within 24hours. Now my husband is back home and we are living happily. Thank you so much Dr Ogbeifun, You are so real and true. Below is his contacts in case you want to contacts him Email: ogbefunhearlingtemple@gmail.com website https://ogbefunhearlingtem.wixsite.com/spell call or add him on whatsapp +2348102574680