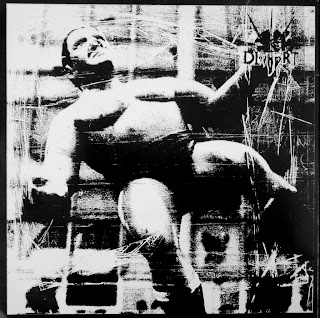 I won't get into all the reasons for this blog's dormancy; it's the usual case of taking on too much and having too little left to give by the end of the day. I'll slowly get the cogs moving again, and by the end of November, it should be back to clacking and clanking at its old pace. But what really matters is the music, so I'll continue on the therapeutic simplicity of the last post with a couple of splits by Connecticut's Mankind?. This short-lived peace punk/hardcore ensemble channeled all the best aspects of the 80's and 90's, albeit through only a handful of songs... 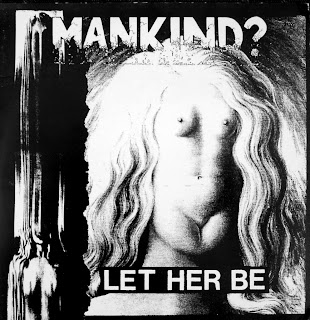 The first split represents arguably the best material from both bands present, the other being UK veterans, Dirt. Dirt's flickering presence throughout the 80's had exceptionally luminescent moments, but their brief return in the 90's was for me their most focused appearance. Maybe you'll enjoy their more raw material better, but the stylized direction of Deno's vocals just do it for me on this one. 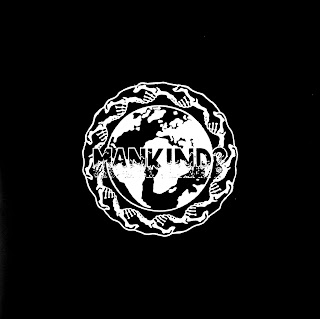 While disappointing by comparison, Mankind?'s two offerings on their split with Final Warning are still solid efforts. The disappointment for me lies in the poor production and in the decision to not make Stacey the lead vocalist. Other than that, "Utopian Nightmare" is a more than passable contribution to American political hardcore, and their cover of "Electrodes" is a boiling, frothing brewpot of angst and loathing. 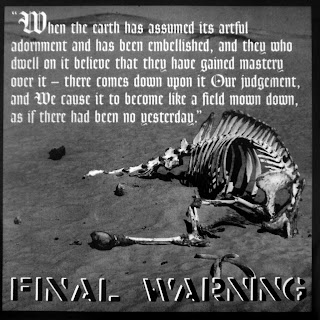 The original idea for this post was to gather a bunch of Final Warning tracks, including the Warning 7". Both Warning and Final Warning were New York-based bands featuring Neil, Nausea's original vocals-man. Mike of Twisted Tracks must have been eating the same thing this week or been tuned to the same frequency as me because he beat me to it. To complete your Final Warning collection, the track "Wasteland" on the split above is one of the finer examples of FW's post-Discharge bleakness, complete with Neil's burliest angry-sailor vocals. You can get FW's "Eyes of a Child" 7" here, some compilation tracks from both FW and Mankind? here, and FW's live LP here. In an interesting twist, on the LP Final Warning takes their stab at an "Electrodes" duet between Neil and Stacey (Mankind?).
Mankind?'s splits with Dirt and Final Warning
Posted by Batguano at 7:18 PM

Great post, dude! I can't believe we were about to throw up the same record at the same time. I know we pretty much have the same collection but still... what are the odds!

http://theshadybusinessofusingpotential.blogspot.com/
new blog if you like it , add it

nice to have you back posting

Mike- Right? And out of nowhere too!

DII- Thanks for alerting me to your blog. You are linked!

Javier- Thanks for not giving up on me! I'll try to be less of a slacker from now on. No promises.

wow great i have read many articles about this topic and everytime i learn something new i dont think it will ever stop always new info , Thanks for all of your hard work!

I really appreciate your wonderful knowledge. I dont think Ive met anyone who knows as much about this subject as you do. Youre truly well informed and very intelligent.