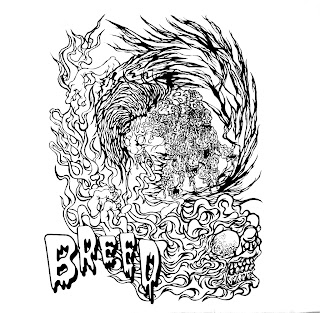 I'm not sure where the last two weeks went. It was like a time warp brought on by my over-scheduled life, or perhaps my head was stuck in a wormhole or some other hole. This problem and an incident involving these three EPs here, a hyper-active dog's tail, and a glass of homebrewed IPA delayed the end of my random Japanese 7" week. After some cursing and cleaning, I'm ready to finish this thing. Let's start with Breed. I've been waiting for their 7" to go out of print from TVG Records for some time, because it rocks hard and I wanted to post it. These guys played fast hardcore and, as the artwork might suggest, some occasional rock'n roll and metal inspired rhythms and riffs. All the tracks are solid as fuck, including the Minor Threat cover. 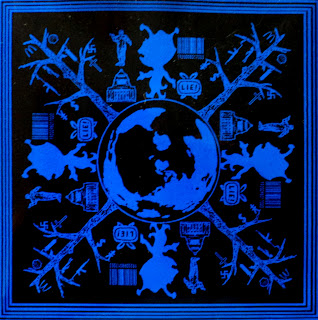 The second 7" in the folder is from Isolation and was released on the UK's Destroy Records. This band is more of a peace punk/crust core band, complete with noisy guitars and dual-gender vocal trade offs. The simple riffage is catchy and a bit thrashy on the first track. Definitely a good band to know if you're a fan of Nausea, Mankind?, etc. 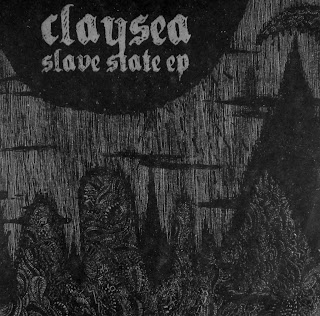 Finally, we have Claysea whom I imagine have been blogged about before. The band pumps out an abusive cacophony of grinding and crusty noise punk. The deep bass offsets the over the top distortion, while the grunting vocals and galloping d-beats try to push their way through the miasma. Eternal Agony, indeed.
Get all 3 7"s here.

Nice content, I trust this is a nice blog. I dont mean to disrespect what youve said; its very enlightening, indeed. However, I think would respond to it more positively if they could be something tangible to your ideas. Keep it up.

It is really good post, but I do not see everything completely clear, especially for someone not involved in that topic. Anyway very interesting to me.