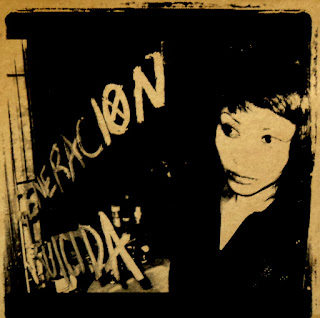 This one's not a tape, but it was at some point.  Generacion Suicida's demo is the kind of punk that could be the soundtrack to my entire summer, evoking sweaty, beery garage practices, broken up by hours of blissful idleness under the smog-enshrouded Southern California sun.  The strategy here is to appear loose and untrained, but really I think these guys are quite calculated in their artful use of rawness and simplicity.  SG bring that post-1980's LA sound, mastered by Scandinavians like The Vicious and Gorilla Angreb, back to LA with an authenticity not only of place, but of style and emotion.  I've heard the band is great to see live as well, and you can listen to a live-on-the-radio set here. The demo tape was apparently released in two sets of 50, and the 7" version posted here in one pressing of 307.

Generacion Suicida demo 7"
Posted by Batguano at 10:04 AM

Great post!! I liked the demo a lot,but the radio set is killer!!

Can you some day post Tidal stuff? Their records are almost out of print and nobody makes a good post with good rips. Sorry for my baaaad english haha... cheers from Argentina!!

Good to see you here Ric! I'll see what I can do about Tidal, although I am not yet a fan. Thanks.