Screaming at the Wind- Receive No Replies 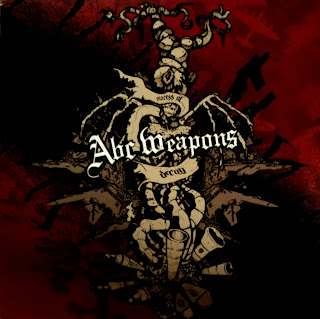 Greetings from after the blogapocalypse.    The bustling marketplace of free music exchange has quickly taken on the eerie quiet of an Anasazi cliff dwelling. Transmissions have been weak and infrequent, as has motivation. Impulses to post come but then go before I can see a rip through to completion.  I'm fighting through this as much as I can, but surrender may be imminent.  Until I quit these ruins for good, I have at least a few posts I'd like to unload on you (a few sneak peaks are listed below).  For one, I've been wanting some decent rips of the two Abc Weapons records, and I figured why not share with all (three) of you.  When I first posted about these Aussies, I used some stolen rips.  But the ones below are homemade and hopefully of at least passable quality.  In case you haven't heard, The Weapons were a project with Schifosi/Pre-Pisschrist members and played that good ol' dark crusty hardcore made famous by Tragedy, and honed and refined by bands like The Holy Mountain, Muga, Jeniger, Ambulance, etc.  Like these bands, Abc Weapons kept their guitars tuned for maximum despair-induction, used only semi-melodic guitar leads, and avoided the pitfalls that make some neo-crust bands a bit irritating (screamy vocals, dramatic guitar dissonance...).  The "Process of Decay" 12" is one of the finer examples of this style, while the "Bitter End" 7" has enough shining moments and riveting blast-beats to make up for its slightly less stellar songwriting.  You can hear some samples from the unreleased "Excessum" 12" at the band's myspace page, and you can pick up the vinyl pieces posted below here and there about the web. 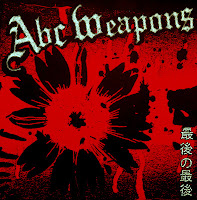 hey marc! nice post :) used to like the 7" very much a few years back. the 12" however was too slow and melodic for my taste. unlike schifosi, whose records don't speak to me at all anymore after the revisit, this 7" still sounds very good. one of better examples of this genre and for me definitely the best record with schifosi/pisschrist members involved. thanks for sharing! could you please repost 'el guapo' comp. lp and suppression/despise you split 7"? have a nice day!
roman

Hey Ro!
Sorry I've been ignoring the blog and just got this. It appears that the same reasons you dislike the Abc Weapons 12" and Schifosi are the same reasons I love them! Oh well, we can agree to dissent.

Below is the link to the El Guapo Comp. Like I said in the original post, my copy was not in the greatest condition, but these bands are pretty noisy anyway.

Give me a few days on the DY split. I would like to re-rip it (I did it originally like 4 years ago!)