Land of Stone, Castle of Emptiness 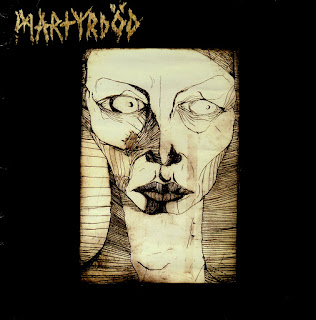 Martyrdöd's first LP is a storm landing just after spring's first thaw, despoiling the promise of renewal with its shroud of jagged ice, turned gray by the blackened sky.  For years, I thought the excellent "In Extremis" was their debut, but after following the soot-streaked snow trail that eventually leads to "Paranoia," I came to know of their savage and impetuous origin.  Given to us by the same madmen who brought Asebia into this world, "Martyrdöd" is a lost classic of righteous conviction smothered in a haze of Scandinavian bleakness.