Pink Turds in Space vs. Sedition 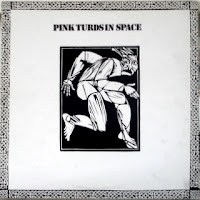 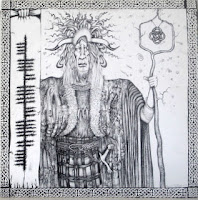 Along with the Crudos/Spitboy LP, I think the Sedition/Pink Turds in Space LP is my favorite split LP of the 90's. The record was originally released on Real to Real Records in 1990, and then reissued in 1994 on the great Flat Earth Records. Both bands have since released discography Cd's, but even those are becoming increasingly scarce.
Sedition was an assemblage of impassioned Scotsmen who played meaningful peace punk/hardcore with a bit of metal, fronted by a screaming bearded dude in a kilt. My introduction to the band was in the form of their one LP, "Earthbeat," which was a slightly modernized thrash/hardcore barrage, propelling lyrics which encouraged humans to resist over-production, over-consumption and state control by returning to their tribal roots, either physically or at least psychologically/spiritually/mentally. The tracks they contributed to the split LP, being recorded at an earlier time, were cruder and more straight forward, but every bit as powerful and engrossing. I hate to choose favorites, but I believe Sedition takes the title on this record (and just in general). Tracks from this split LP, the "Earthbeat" LP, and the split 7" with Disaffect are included on Sedition's discography CD, which is out there if you search for it. Band members went on to play in Scatha, The Dagda, Ruin...
Flip this platter over and you've got Ireland's Pink Turds in Space. In addition to donning one of the best names in punk history, they also boast some of the most obnoxious lyrics and vocals. Their music has more of a thrash metal influence, but the shitty production dulls the metal edge some. The vocals and attitude, however, firmly embed this band in the musical space we call punk. They're raw, they're pissed, they're funny... you will/already do love them. Rejected Records in Dublin put out the "The Complete Pink Turds in Space" CD, compiling these split LP tracks, the "Greatest Shits" 12", the split 7" with Charred Remains (MITB), demo material, and live tracks. Hunt it down if you can. Members formed Bleeding Rectum and other bands (leave a comment if you know names!).
Sample Tracks (if you've never heard these bands):
Sedition - "Authority"
Pink Turds in Space - "Sickle $ell"
Download the entire Split LP (zip)
Click Here!
Posted by Batguano at 4:11 PM

I think there was also a nazi band called Sedition, so check carefully before buying anything else. Of course Flat Earth wouldn't put out such objectionable material so this Sedition is fine.

Thanks for the heads-up, Pogel. The Sedition posted here has definite anti-fascist lyrics!

Ach! Another one of my favorite records! I love this, but would have to disagree: The Pink Turds side is by far the better of the two. "It must have been (that pastie)" Is probably one of my top... mmmm... 10 fav songs. The rest of Sedition's stuff (At least the Earthbeat LP and the split with Disaffect) holds up better that what I've heard of Pink Turds. I have the Greatest Shits 12" as well and it just doesn't do anything for me.

Yeah it's a tough call with the perfomances on disk. You are certainly right, though, about Pink Turd's other output. These tracks were definitely their apex!

Hey thanks i've been trying to re-find this for a long time, can we have the sediton album aswell? I had the one with the cloth cover but sold it some five years ago...

Hey... Glad to help out. In the next few days, I'll do a post on "Earthbeat," so keep checking back!

Thanks man! I lost this record years ago and have been looking for it ever since. I too always though PTIS was better...great stuff, I'm so glad to have found it again.

I haven't heard PTIS in 20 years. i bought a couple of cassettes in Belfast when I was there and lost them a few years later.
Many thanks.