Songs of the Past Few Months 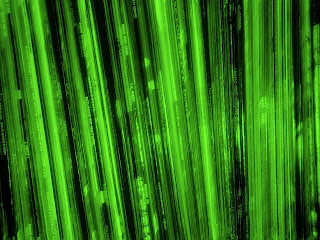 It's been a damned long time since I've done a Song of the Week post. Having given myself a chance to catch up on recent releases, I'm bubbling over with songs to where the SOTW format just won't cut it. That's right, it's mixtape time! This is NOT a best of 2009 mix. It's merely a sampling of some records I picked up last year and which refuse to stay in their sleeves. Hell, some of them may be as old as 2007. I also made an effort to choose LPs that have NOT been posted either as a SOTW or complete download here in the past. The genres showcased tend less toward the violent grinding ensembles this time, and lean decidedly toward the heavy and gloomy, as well as the melodic. I can't say why-- that's just the way it happened. I'm super stoked on all the records represented below, so if you're not familiar, give 'em shot!

All the tracks were ripped from vinyl (@256) so there may be some minor editing issues. As usual, if you like what you hear and have the cash, support the bands, labels, etc.

Nonetheless - I, certainly a speed enthusiast, say that these are damn good bands and track choices.

never healed and masshysteri lps are both awesome, and can't go wrong with that japanese stuff either...

fuck writing about just stuff that came out last year. i'd much rather write bout my favorite albums that i picked up last year regardless of release date

Hey Zmaj, I'm glad someone agrees, especially someone such as yourself with such discerning tastes!

Whatup Vengeance! Good to see you here. Yeah, this time of year I often rattle on about the abitrariness of years, dates, etc. In the DIY world, it sometimes takes two or more years before recordings see a release date anyway.

And, indeed, Massysteri and Never Healed are two bands I go to when I'm stuck in a 'what-to-play-next' quandry. They're just so friggin' good!

Ditto on the New Year, man. It's gonna be a good one damnit!

check mine out if you get the chance

Hey, dude, I just read through your blog and found a bunch of stuff I forgot I've been wanting to try out, and a couple of records you beat me in posting. I'll be downloading and commenting shortly!

Awesome list. I like slow songs because it make me feel calm. I dont want to pollute nature by listen Hard Rock n all. Cotton Bags