Riot In Your Ass 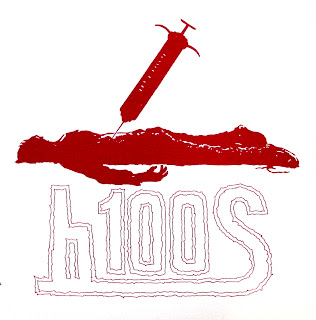 h100s is the musical equivalent of the explosive diarrhea brought on by a blurry night of cider and ramen binging in a city adoze from its own mediocrity. Too much cider and not enough ramen most likely. That, the raging riffs, and insane vocals should be enough to render the rest of this post unnecessary. But, just so you know, members were also in 9 Shocks Terror and Gordon Solie Motherfuckers; h100s also released two even more insane 7"s; this record is out of print after being released 3 times on 3 different labels (I think). If you find any copies of their releases, do yourself a favor and pick 'em up.

You are correct! And... you're very welcome!

You got it! I refreshed the link in the post.