Song of the Week: "Slaves" (The Holy Mountain) 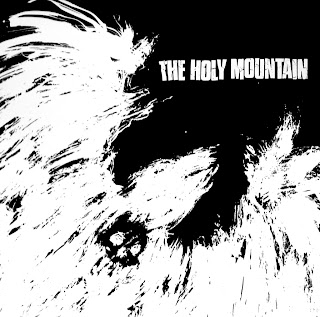 Maybe I'm wrong, but I get the impression The Holy Mountain don't get the love they deserved. One reason may be that they operated at time when every other crusty hardcore band was being given the FAR/Tragedy treatment in reviews. At first it was complimentary; then it became code for trendy bandwagoners; then it got to be a ridiculous deterrent. It sucks that probably a lot of bands and records lay as casualties in mass musical graves because of this. So this is my one song tribute to one powerful band that played dark, crusty, Japanese and Swedish influenced hardcore, and did a rip-roaring job of it. If you like them, go to No Idea records and pick up a bunch of their stuff for super cheap, then check out the band ABC Weapons (Australia) for a similar sound. If you already know this band, you've done the above already. "Slaves" comes from the "Entrails" LP, and it rules. Feel free to share your favorite HM song, or a post-Tragedy/HHIG band that deserves mention.

"Slaves" by The Holy Mountain

members went on to play in a bunch of sweet tampa bands including divisions who were fucking brutal! as far as the post tragedy thing ambulance from sweden put out a good ep, muga from japan are/were fucking amazing (especially on their s/t album when they had male/female vox), and to a lesser extent teen cthulhu's (from washington) album ride the blade was awesome even if they did mix said style with black metal elements (at least thats how i remember it sounding ;P). gotta love abc weapons as well.

I'll have to check out Divisions. But yeah, I posted the Ambulance LP a while back and it's a favorite (as is the Jeniger LP). I read about Muga's debut a few years back and grabbed the LP ASAP. That thing cooks! It took a little while for Teen Cthulhu to grow on me, but I came to dig them a lot. I might have to post their split 10" soon. Anywho, so many good bands... but I can't leave without mentioning my love for Schifosi!

i'm totally agreed about schifisi, but you haven't name silence from poland that they are equally amazing especially mad civilization lp...
as for the holy mountain i prefer enemies lp...

How could I forget Silence! I think I have everything by them and even posted some of their stuff. Great band, for sure!

if teen cthulhu's 10" is even near as good as ride the blade i'd love to hear it. also just linked ya on my blog... not sure why i hadn't already done that.