From The Depths Of An Ether Binge 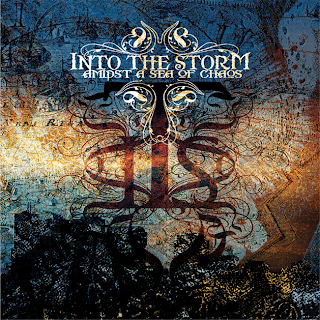 As I await my new stylus in the mail, this break allows me a chance to get caught up with blog e-mails, and post some submissions I've been sitting on. I can't say I'll do this much in the future-- I have a hard enough time keeping up with the whimsy that normally dictates the posting on this site. But where to start in the back-log was easy. James from Into The Storm was kind enough to send me a copy of the band's debut CD. I didn't think bands still did this! An actual CD! ITS obviously works hard on their presentation with the slick artwork, and the many extras they sent with the CD, but it's the music itself that we're most interested in here. In this category, I was not let down either. I feel like it's redundant to describe ITS's sound, when one of the guys at Razorcake already said so much of what I was planning on saying, from his comment on the art, to the Shotmaker reference (that was fuckin' creepy when I read it!). I could rattle on about the Post-this genre/that genre that could maybe fit their M.O., but that would imply that the band is some kind of Isis clone (certainly far from true). I mean, when a band can so easily warrant comparisons from so many genres that have been given such trite labels (post-metal, emotive hardcore, post-punk, post-rock, stoner rock, math-metal, metalcore...), but isn't the least bit trite, what can a "reviewer" do? This conundrum can only be solved with a download, which the band is more than obliged to provide. It's a pleasure to hear these guys working out their fertile ideas, and I look forward to their next release, hopefully with recording quality that does them even more justice.
Click the punk rock pelican: 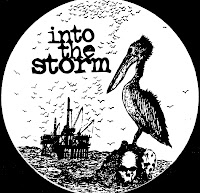