We Do The Numbers... 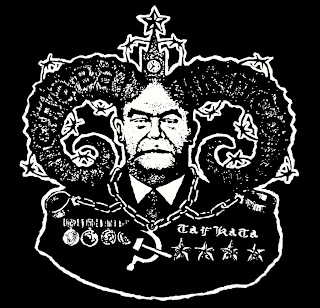 Things are starting to get back to... equilibrium around here; sometime last week, the counter finally made it 100,000 visitors-- and just shy of three fucking years! That's what I get for posting shit nobody else likes, but I wouldn't have it any other way. I also replaced my needle cartridge with a really nice one after breaking the last needle in a beer-buzz klutz-move, so ripping should resume soon. All this is restoring my lagging interest in blogging, as are a couple of e-mails I received recently.

The first was from Eddie (formerly of Tafkata) letting me know about his insanely good new band, Seven Sisters Of Sleep. I asked him the first obvious question you'll have too after hearing "Monastery" and Swamp": when will the first record come out?! Rest assured, the band is working all that out. If you're on this blog, there's already a 90% chance SSS will be the subject of the next shrine you build in your living room, and if utter despair set to music is your idea of a good time, the chances are even greater. The next, less obvious question was: "How's about that Tafkata demo I've heard about"? I'm a shameless moocher-- sorry Eddie. Turns out there were two, and he hooked them up for us. As a Tafkata fan-geek, I feel it's my duty to share everything I can with you, and these heavy and dirty cuts are more than worth repeated listens regardless of, or especially because of, the damage it will do to your head and the walls around you. Thanks a million Eddie!

Tafkata Demos (Some tracks are titled differently than the album versions) 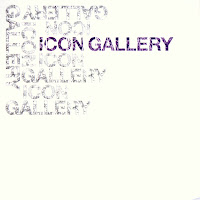 Another generous e-mail was from Kevin from another favorite band, Icon Gallery. Kevin gave the permish to keep the demo tracks up, and even sent a five track version including the song, "Pain" (which is amazing!). He also included a rip of the band's 7" which long ago I prematurely had a lukewarm response to (probably because I was buzzing on the demo still). Giving it another spin led to giving it five more, and now I'm under its spell. This is such a talented and great band, I hope you crusties can put aside your prejudices and rock the fuck out. I'm going to include the 7" in the folder below under the condition that you will buy it or that you promise you don't have a turn table. Support this band and check with them in June to see if their LP is out yet (there's a new-ish track up at their MS page that sounds great!).


Icon Gallery EPs
Posted by Batguano at 9:47 AM

congrats for the 100.000 hits Marc. Honestly, you deserve much more than these 100.Wish you the best for the future.
cheers!!!

Thanks much for this & congrats.

1st things 1st: CONGRATS + THANKS for the great work you did/do!

and an extra thanks for the TAFKATA demos! on a coincidence I'm wearing the TAFKATA shirt with the artwork you used on the top of this post (which should have been the artwork of one of the demos anyway I`ve been told) while typing this.

Thanks for everything. Sometimes I think if it wasn't for your blogs, I probably would have thrown in the towel long ago.

Pabst- Nice coincidence indeed! I caved in a picked up one of those shirts too. I think the demo may have had the black ink with white background like the pic on their MS page, but I'm not sure. Anyway, they were one of the raddest bands of their kind, hands down.

Thanks for the kinds words! Hopefully, if all works out well with the first EP,it will have awesome packaging.

Very much looking forward to it, Eddie. Packaging or not, I'm sure it'll shred. Keep me posted on SSS related stuff if you remember, and thanks again for the great demo rips!

I uploaded a new video http://www.youtube.com/watch?v=OCLSf-R6JLk