Song of the Week: "Facet" (Dezerter) 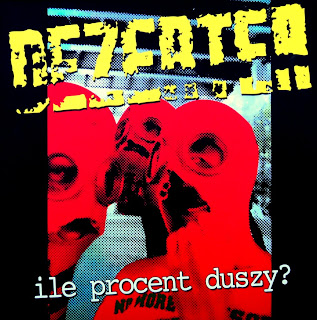 I've been on a bit of a Poland kick since the release of the new El Banda 2xLP (which is excellent but a bit over long) so I have a very Polish song for you. Dezerter designed the blueprint for modern Polish punk in the early eighties from the other side of the Iron Curtain, and continued to lay waste for many years after. You can hear lots of British and Euro influences ("Facet" was inspired by Crass apparently), but more importantly you can hear Dezerter's influence in band's like Post Regiment and El Banda in not so subtle ways. This is an excellent thing I hope you'll agree, and "Facet" takes the form of a duet with a guest vocalist who sounds uncannily like those from the above two bands (although from what I can decipher from the liner notes, she is neither(?)). There's great energy and chemistry on this one, so enjoy; and in case you're wondering, "Facet" means "Tough Guy" and it's about chauvanistic men.