Nothing Can Save You 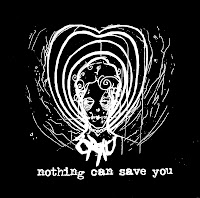 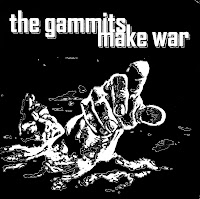 I've only got the time and motivation to post a quickie today (that is, an EP). I thought Oroku only released a 7" and their "Living Through The End Time" LP. Apparently they also released this split 7" with The Gammits Make War. Oroku was an incredibly promising, mid-paced crusty hardcore band from Seattle who, like many up there, didn't last too long as a band. I believe the three early tracks on this one were left off the CD version of the LP, but they're just as good as the band's other output (except that the recording was done in 30 minutes in exchange for a 12 pack, and it shows!). I posted Oroku's EP last summer, but it was remastered and tacked onto the CD, so contact Inimical Recs to get a piece of that.
I don't know too much about The Gammits Make War except that they're from New York City and they play snotty, melodic hardcore with lots of punch. Sometimes they have a more modern Econochrist thing going on, but at more sing-along moments I hear a bit of Drunk (the Norwegian band). It's quite a change from the mournful Oroku tracks, but they play the style well, and I'll be glad if I find more from these guys in the future.
The split
Posted by Batguano at 11:17 AM