Since I'm stuck here, I might as well focus on the good things in my little coastal habitat (especially since this whole economic crap is making me a little skittish about moving...). So other than Bümbklaatt, I really could think of no other current San Diego bands that get me going; that is, until I discovered Titanarum! This band is fairly unique, but draws upon the tradition of raging thrash and old school hardcore (that must be the "Spastis" part of their motto) as well as the jarring start-stop dynamic of more "mathy" bands (hence the "Progressivus" portion). If you're at all familiar with The Neighbors, one of SD's all time finest, then you may meet the machinegun-speed screaming and conversational lyrics like a long-lost friend (same vocalist). Several tracks on the "Spastis Progressivus Aggressiorum" 7" concern themselves with the speaker staying a misfit for life-- "Time Bomb" being one of these. It also runs the gamut of all the band is capable of in the music department as well. This is one hell of a talented and sincere band, and I only hope they'll stick around long enough for me to finally get up off my ass and see them! San Diego may never be known as a "hardcore city," but as long as bands like Titanarum pop up every once in a while, I can feel at least a little less embarrassed about coming from here. 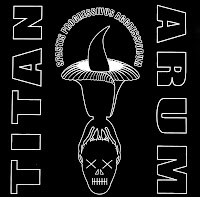 I don't know why, but I had been under the impression that you were from the southern midwest area. If your ever coming this way for a show or anything, let me know and we can grab a drink. As I'm sure you've noticed, I'm a bit hung up on the San Diego/threeoneg scene. I've always been really into the RFTC/HotSnakes/Drive Like Jehu type math rock. I need to get down that way sometime.

Right on, my man! Yep, I'm a SoCal boy, even if sometimes I'm ashamed to admit it! You're up in LA right? Yeah, the San Diego 'scene' has had its high points... Jehu and Hot Snakes being two of them.