Song Of The Week: "Masshysteri" (The Vicious) 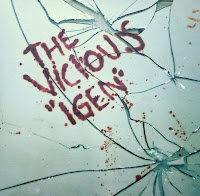 I like hardcore. I like it fast; I like it angry. But right now I'm on a more melodic kick, which is where The Vicious enter the picture. Now, from what I understand, punk is dead. It died around '84, and now we have no recourse but to listen to stale MTV acts and shop at the local Hot Topic. No need to start a band, or scream about tearing it all down. Punk was there for the privileged few who were born at the right time and were savvy enough to seek it out. Fine, but I'm still gonna listen to The Vicious, if that's alright. By the above reasoning, The Vicious is not a punk band, but they happen to draw on influences surrounding that "P" label, especially from certain bands from California during the '80's. What they add is a modern sheen that's a composite of fairly mature songwriting, and some artful "doomtown" despondency. "Masshysteri" is a brilliant example of what this band could do, and the emotions it was capable of invoking. As is often the case with me, I find this band after they've broken up! The good news is that the guitarist has started another similar-sounding and similarly brilliant band called, fittingly, Masshysteri! Proceed with caution, as The Vicious sound is incredibly contagious. The "Igen" 7" and "Alienated" LP have stuck a flag in my turntable and claimed it for Sweden... and they aren't leaving any time soon...

Visit Feral Ward to buy all things Vicious and Masshysteri!
Posted by Batguano at 8:03 PM