Song Of The Week: "Springtime" (Leatherface) 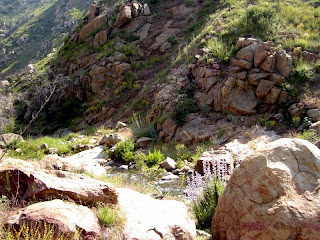 They say that SoCal has no seasons, but it does. The changes are just subtle. Being a kind-of-outdoors man, I feel a little more in tune with these changes. One thing's for sure, no matter where you are, spring is pretty friggin' magical time (yeah, the bugs can suck... but whatever). I had all kinds of grandiose plans for the blog during my Spring Break, but I'd much rather be on a mountain somewhere, which is exactly what's about to happen. No new posts for a few days, but I leave you with the cheeriest of my favorite Leatherface tracks (of which there are many), "Springtime." Joyful as it may seem, like all good art it's tinged with that necessary bit of sorrow, and a nostalgia and praise of youthful naivete reminiscent of the Romantic English poets. This isn't the first Leatherface SOTW, and it won't be the last.

Their tracks on that split seriously rule! Especially so late in the game... I mean... so incredible! But with records like "Mush" and "Horsebox" I can't commit to it as THE best. But hey, that's just me...

I just discovered your blog. There's some great stuff here! This also happens to be my favourite song from my favourite band. Will be interested to hear what (if anything) they come up with now that Dickie is back in the fold (presuming that he sticks around long enough).

Hey that's good news. I hope it lasts and the band sticks together another 20 years!

Oh, and, happy to hear you found stuff you like on the blog! Until next time...