Sorry For The Delay 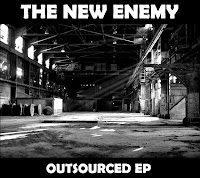 During the teaching season, I have a chronic case of head-up-the-ass. Hence I've neglected to post some music sent to me by some good bands/nice people. This post marks my first, albeit tardy, attempt to rectify my ineptitude. First up is the Toronto band, The New Enemy. Either Clint chose this blog randomly for his submission, or else he noticed the repeated Leatherface and Jawbreaker worship throughout the site. Those bands are good starting point for a description, as would be comparing them to a more hardcore sounding Sainte Catherines. The songs are cleanly recorded, but the vocals and heavy guitars add plenty of grit. "Outsourced" is a solid six track EP, and the band is offering it for free! 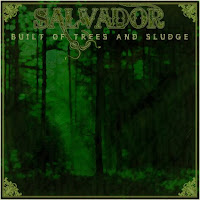 Next up is a Stoner Rock/Doom outfit from Portland that goes by the name, Salvador! The only thing I had to get used to were the grungy "clean" vocals present in most tracks... after that I could easily appreciate these guys' take on a genre I'm normally finicky about. The vocals get more aggressive at times, but it's the thundering drums and, perhaps most importantly, the meaty-ass bass density that keeps me coming back. I don't think the band wants their entire CD shared, so here's a nice sample of Salvador's rock. Then contact the band to get a copy of the disk, okay? 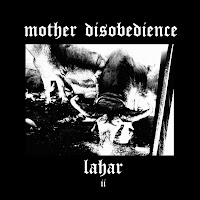 Finally, Mother Disobedience of Athens Greece just sent me their Lahar EP. There's little of what we used to call music on this 12 minute track. By default, they will inevitably be labeled noise rock or post punk, but the band has a definite DIY/hardcore ethic and aesthetic. If you are a total riff-monger or melody addict, MD might turn you away. But if you're in the mood for something different or you love guitar feedback, give this a chance. The back cover states, "So artless, our music sounds experimental." Whether they are being charmingly self-deprecating or serious, is up to you to decide.