Everything I Hate About Hardcore 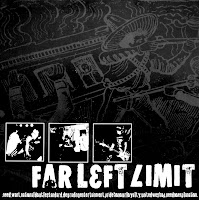 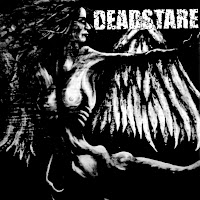 Christ, where did this week go? Faster the better, I guess. A nice 7" is always good for when a post is in order, but time is scarce; so let's get started-- rumor has it that Far Left Limit had (a) future member(s) of Pisschrist in its line up. However, expect no abrasive d-beat on this split. Instead these Aussies plow through 5 tracks of political hardcore American style that are over before you know it. The brevity is disheartening, but it can be redeemed by playing the tracks again for an equally awesome experience, or by checking out Deadstare. These guys played grindcore and were not ashamed of it. Furious, metallic, blazing fast... it's grindcore, people. Get more information about Deadstare as well as their discography here.
Far Left Limit/Deadstare Split 7" (The last Deadstare track had some kind of bump in the wax, creating a low-rider with hydraulics effect with my turn table arm. I did what I could to remedy this).
Posted by Batguano at 9:07 PM

i saw that you changed your "obsessions".

You are correct. Dave the guitarist played guitar in Pisschrist.