Play At Any Speed And Fail 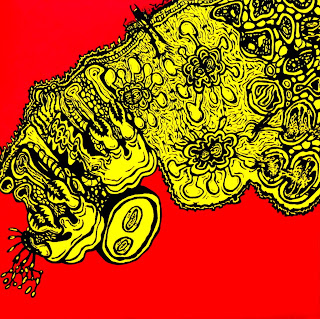 I'm gonna throw up a bunch of re-ripped slabs over the next few weeks, and Gob's opus seemed a fine place to start. When I posted the "Kill Yourself Commandment" LP the first time, I think I just stole some rips for upload, and that just doesn't cut it. Tonight we have the 320 treatment for one of the most sour affronts to music ever committed to wax. Gob took everything our ears have been taught to hold sacred and did things to them that are still considered illegal in some states. If you like your noise rock violent or your violence noisy, Gob might be your favorite band, or they might make you rethink your preconceptions about such trite labels. I hate name-dropping, so I won't mention that Mr. J. Kortland of Iron Lung was one of the Gob masterminds.

Download the 11th Commandment!
("The Kill Yourself Commandment" by Gob (Reno) released on Satan's Pimp Recs, 1999)
Posted by Batguano at 6:25 PM