A Sad Symbol Of The Brotherhood Of Man 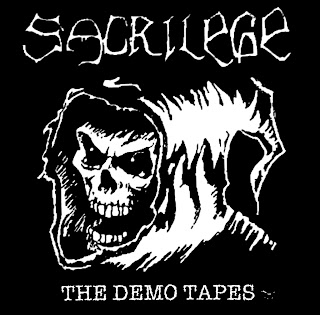 Note to the young folks out there: please do NOT name your band Sacrilege! Yes, it sounds badass, but there are already, like 20 out there. The most important one for me and many other fans of crust and thrash would be the UK's Sacrilege! Some nice bootleg operation in or near Andorra collected all the band's demos from '84-'86 on a limited (to 300) CD. There was an LP circulating the distros recently which collects the early demos, but this disk has both of the 1986 ones as well. If you're an obsessive Sacrilege-type, here are the demos ripped at 320. The back cover photo tells you which tracks are from which session. 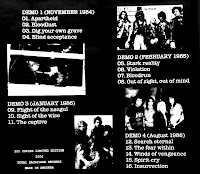