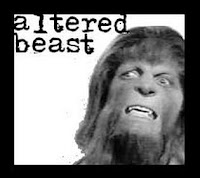 Aaron G sent me rips of his old band Altered Beast's demo thinking I would like it. He was goddamn right about that! It's too good not to post, in fact. Aaron threw down the No Comment and Spazz comparisons, which sums it up well, but I'll go ahead and throw in a "Mankind" era Infest one just to sound like I'm doing something here. By now you know basically what to expect, except for maybe the actual quality that awaits you. Trust me, if you like this genre, don't hesitate. Altered Beast only released this demo and didn't get much exposure outside of Chicago. Download now and tell your friends you've known about these guys forever.

This stuff is great! Thanks for posting it!

what year was this recorded?

Yo Tim! Thank YOU for commenting! I was blown away by it too.

yeah this is great stuff... have you gotten a chance to check out Knuckle Scraper? i'll be upping the first of 2 7'' they released today to chubbymix. if you like this stuff i think you'll really enjoy it.

Oh yeah, I'm totally down with KS! I have one of those EPs, so I'm looking forward to the post!

you beat me! just posted this one here too cause I didn't realize you already have posted it.

That's cool... coincidences are bound to happen and I don't see a problem with double posting anyway...