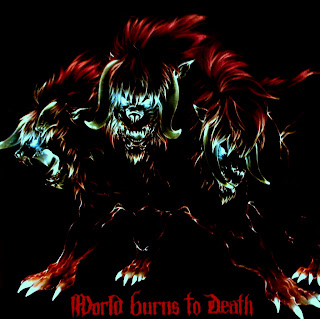 I just got this one recently, but had to share. Is it possible that World Burns To Death is getting even better? They've raged and pillaged through three incredible 12"s and a small archipelago of 7"s, and yet they continue to blow minds! This little two-banger has the great tracks, "The War Can Go On Forever" and "Black Becomes The Sun" and I believe it was released for the band's tour of Japan with Blowback. A thousand were pressed on H:G Fact Records, and if there are copies out there, they won't last long. I'm sure the tracks will appear on future releases, but unless the actual EPs are re-pressed, I'll keep these rips up. Being such a short record, I'll go ahead and include... 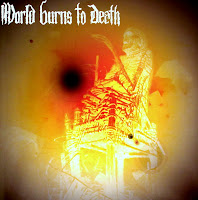 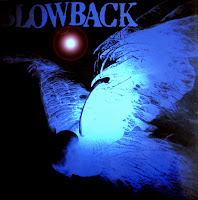 ...the WBTD/Blowback split. And, what's this? Melody? Yes, World Burns To Death weaves in some tasteful melody in their track "Here A Dream Dies Everyday," making it both a surprise and one hell of a killer! If you grabbed their friend Blowback's LP last year (or was it this year?), you know that they are a Far-East force of unfuckwithableness! They've got the insane vocals and tightness bands from their native land are known for, and then some. A fantastic and exhausting little split.

looks like WBTD moved into Burning Spirits and Japanese core, both ep's are close to their last lp (and different to Totalitarian Sodomy which is my fave lp by them)and both ep's are great. thanks Marc :)

ps:i re-started the 7inch blog, these times are no the best for me to do so but i did...

I agree with Billy "different to Totalitarian Sodomy which is my fave lp by them" but still great!

Haven't listened to this one yet, but just wanted to say, I know I've said before, I love your way with words. Such vivid desriptions and I must add "unfuckwithableness" to my dictionary. Thanx dude.

this is amazing! and i wanna thank you for helping expose me to some kickass music. i'm living in missouri and people that are into hardass crust are difficult to come by here... (not to mention records!) i often think of your blog as a great tool to educate myself on something i already know i love...

As usual, I agree. Some aspects of the old WBTD will be missed over here as well. Nonetheless, I totally dig the new stuff.

You're too kind! But it's probably a bad idea to adopt any of may made-up words:)

It sounds like you're making the best of a pretty shitty situation. I'm always glad to help out! If there's anything you'd like to see posted, let me know.