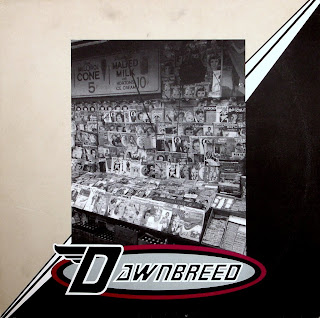 It's time for another example of '90's experimentation that didn't suck. Dawnbreed's "Kiosk" LP was neither too screamy, too metal, nor too pretentious. It followed the golden mean in every way, except for being excessively good! Heavy, artful (as opposed to 'arty'), smart, and aggressive are all decent but inadequate adjectives for a band I refuse to brand with any other label but hardcore. They differed from most bands under that banner, and were so much more besides; but I prefer to leave it at that.

Dawnbreed's "Kiosk" LP (on Common Cause Records and ripped @ 320)

the music is definetly good but the "dawnbreed" logo looks really strange in the context of the whole front cover ;)

Against the context of the music too, it seems kind of weird. Not sure what the band was going for with that...