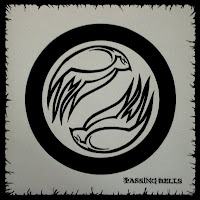 This EP (Passing Bells Records, 2003?) is not as crusty as it looks. There are some crusty-type bands represented (Sharpeville & Diaspora), but the mix is fairly eclectic and displays some of the less "Finnish" sounding bands Finland has to offer. I love traditional Finnish hardcore as much as anyone, but that's not what this comp. is about. All the tracks and bands are great, which isn't something you can say about most V/A releases.

Synopsis:
1. Sharpville: These neo-crusties play a thick, metallic style of punk much like the songs on their LP. The vocals are recorded a little low, but otherwise this one's a killer!

2. Diaspora: This band reminds me a little of Lost World or early Harum Scarum with its mid-paced hardcore tempo and vocals that alternate between snotty punk and harsh crusty screams. They released an LP too, which I'm now thinking I need to seek out!

3. Unkind: Taking a break from their usual scandi-crust ambush, Unkind deliver a haunting acoustic track that reminds me of some of the material on the first Deviated Instinct demo (for some reason). Not only is the song good, it really adds to the great sense of variety on this disc.

5. Manifesto Jukebox: Another surprise! Rather than the bitter-sweet melodic indie rock influenced punk they are better known for, we are treated to a very faithful rendition of "Shroud" by Born Against! At times I thought I was listening to an alternate take of the real thing!

6. Hero Dishonest: These guys are starting to get better known in the US now, because they kick ass! HD play rocked-out old school (US) hardcore beautifully! Tons of energy and instrumental proficiency. Enough said... all their records are more than worth checking out.