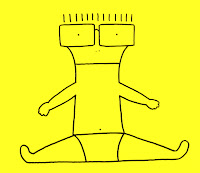 I've got some residual Valentine romance left in me on this oh-so amorous President's Day. I don't get excited over most holidays anymore, and truth be told, I can probably count the number of good Valentines Days I've had on a single hand. But lately, since finally getting it on vinyl, I've been listening to Descendents' "I Don't Want To Grow Up" a little too much. Somebody seriously needs to stage an intervention for me, because I just can't stop! I'm surprised the crack-like combination of eighties pop rock cheese and sap, and punk rock adrenaline rush hasn't been deemed illegal in most countries. I think if The Breakfast Club had been a more punk flick, this album would have been the perfect soundtrack. In many ways it became the soundtrack to my own teen experience. Of all the heart-string tuggers thereon, "Silly Girl" is for me the song most connected to the hormonal dictatorship of that fleeting time. The simple guitar line and angst-fueled lyrics conjure more of the frustrated-crush-feel, rather than the sense of carefree fun (as many of the other tracks do). But I guess that's just like me-- I gotta have some sadness or pain in my music, even if it is the Descendents!

"Silly Girl"
PS- Do we still need a disclaimer about the naive chauvinism of the band, or are we beyond that by now!?
Posted by Batguano at 9:51 AM

I use to hate the more melodic, sappy Descendents, but I think growing up has changed the way I look at them. Silly girl being an example, or "Clean Sheets." Of course, "Pervert" is still good too.

ahh yes, "silly girl", along with "get the time", "wendy", and the already mentioned "clean sheets" were some of the greatest high-school tunes for me ever. great post and write-up.
mike.

ahh yes, "silly girl", along with "get the time", "wendy", and the already mentioned "clean sheets" were some of the greatest high-school tunes for me ever. great post and write-up.
mike.

"silly girl" made me cry once... fuck

more than once, actually....

Had a girlfriend in the 80's who was a big time Descendents fan that I was really sweet on. She disappeared and left me high and dry. I haven't wanted to listen to the Descendents since

It's amazing how things that happened during those years stay with us forever!

Ever try to win a punk rock girl's heart with a mixtape in high school? Of course you have. And if it didn't work, it's probably because this song wasn't on it.