Song Of The Week: "Truth Right Now" (The Fix) 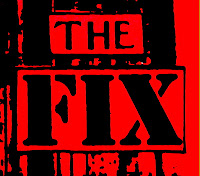 I wish I could be cool and say that I've been into The Fix since the beginning, but it isn't so; I only found out about them when Touch 'n Go Records finally released the retrospective LP. But discovering another contemporary of Negative Approach and Minor Threat that rivals each of those bands' greatness 30 years after the fact... it's almost as exciting as being there!

Power overruns me
conspiracy so plain
nobody'd warned me
no profits bein' claimed
little bits of wisdom
we read but don't write
I wanna hear
the truth right now
Posted by Batguano at 7:11 PM