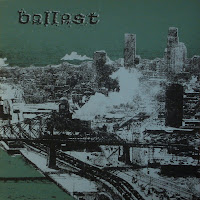 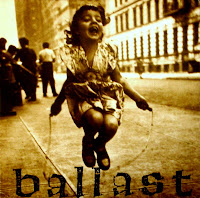 This post is my own farewell to a great modern punk band, Ballast. It seems that after two great EPs and two excellent LPs, the band members have moved on (some to a new band called Preying Hands). Ballast has been compared to many other bands, but in my opinion, the two most accurate would be Lost World and Bread and Water. This band had it all: angst, energy, melody, emotion, sincerity... They are already missed, and will be for a long while (at least by this blogger...).
As for the free music, today you get Ballast's two 7 inches. The first, "Numb Again" was self-released and consists of four demo tracks (I believe). The second was released on (and may or may not be available still from) Stonehenge Records, and consists of four tracks recorded the same year as the first. Both records are great, but Ballast's full-lengths are where it's at. Check with Profane Existence, Trujaca Fala, or Inimical Records to get a copy of "Sound Asleep" and "Fuse" (both are awesome!).

Get both EPs HERE
Posted by Batguano at 10:30 AM