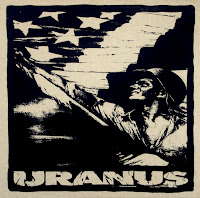 By request from Nick(throne), and because it just makes sense to post it, we have here the split 7" between two Canadian phenomena of the '90's, Uranus and Immoral Squad. Depending on what day you catch me on, "Believer" is either my favorite or least favorite Uranus track. It's a lot slower than the scathing rippers on the HHIG split, and more repetitive and hypnotic than the brilliant material on their double 7". The throbbing bass toward the end is all kinds of infectious, so you've been warned. 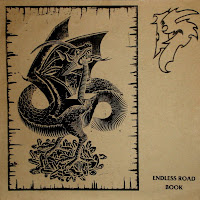 If you know Immoral Squad from their 7", then you won't be surprised or disappointed by the metallic-crust-Hell they unleash here. I like a little complexity in my hardcore, but these guys make simplicity work with that unbelievable power I mentioned last time. Everything they released on vinyl minus one comp appearance is available on this sight. Unfortunately, that isn't much.


listen
Posted by Batguano at 6:32 PM